You are here: Home1 / Policy News and Media2 / Fast-Track Cities

In advance of Irish AIDS Day (15th June) 2019, Ireland has signed the Paris Declaration, pledging to place our cities on a fast-track to end AIDS by 2030.  The Paris Declaration commits us to achieve ambitious targets to reduce new HIV infections, end AIDS-related deaths, and eliminate barriers faced by people affected by, and living with, HIV, including stigma and discrimination.

Dublin, Cork, Limerick and Galway are now on the fast-track to end AIDS by 2030. 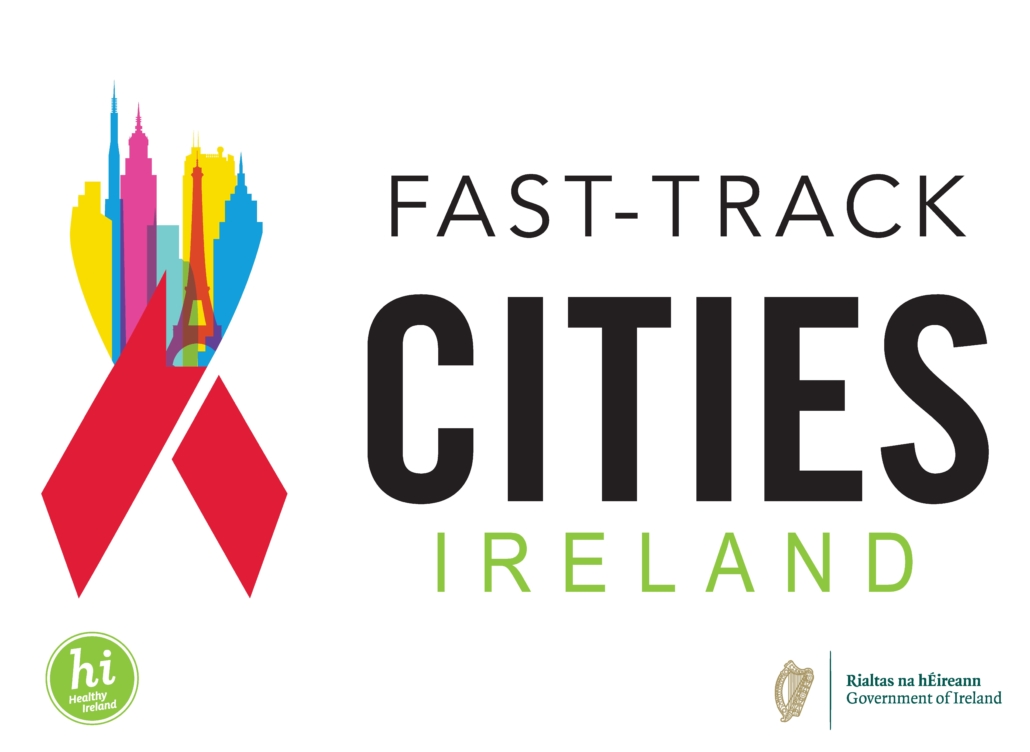 For Dublin, the Paris Declaration was signed by City and County Mayors, supported by An Taoiseach, Leo Varadkar TD, and Dr Jose Zuniga, President of the International Association of Providers of AIDS Care (IAPAC), and by Niall Mulligan, Executive Director with HIV Ireland, as the lead HIV support and advocacy organisation.

In the Department of Health press release, funding of €450,000 was announced to kick-start the Fast-Track Cities initiative in Ireland, with a commitment by An Taoiseach, Leo Varadkar, TD to further expand community HIV testing, raise awareness about the benefits of treatment, including a new PrEP programme to be introduced later in 2019.  The Minister for Health, Simon Harris TD, said the “additional funding of €450,000 [is] specifically for developments such as community-based HIV testing and outreach services, as well as public campaigns on stigma reduction and promotion of the new PrEP programme later this year.”

HIV Ireland has been to the forefront of Ireland’s response to HIV since 1987, influencing social policy and advocating for change. As part of our #5Asks campaign, we have been calling on the Irish Government to fully endorse the Fast-Track Cities initiative to accelerate the response to Ireland’s HIV crisis, including investing in HIV prevention services and a PrEP programme for Ireland, increasing resources to expand community-based testing, resourcing supports for people living with HIV, and initiatives including the U=U campaign to combat HIV-related stigma and discrimination.

The Fast-Track Cities initiative is a global partnership between cities and districts around the world.  The initiative has four core partners: the International Association of Providers of AIDS Care (IAPAC); the Joint United Nations Programme on HIV/AIDS (UNAIDS); the United Nations Human Settlements Programme (UN-Habitat); and the City of Paris.

Launched on World AIDS Day 2014, the initiative today includes more than 300 cities and districts that are committed to attain the UNAIDS 90-90-90 targets by 2020: 90% of all people living with HIV will know their HIV status; 90% of all people with diagnosed HIV infection will receive sustained antiretroviral therapy (ART); and 90% of all HIV-diagnosed people receiving sustained ART will achieve viral suppression.

The fourth, and equally important, target is achieving Zero Stigma and Discrimination.

Mayors, politicians and other city and district officials designate their cities as Fast-Track Cities by signing the Paris Declaration, which outlines a set of commitments to achieve the initiatives objectives.  Grounded in the principle of data transparency, the initiative includes a Fast-Track Cities Global Web Portal that allows cities to report on their progress against the fast-track and other targets.

Visit www.fast-trackcities.org to see the progress that Fast-Track Cities are making in accelerating their local AIDS responses. 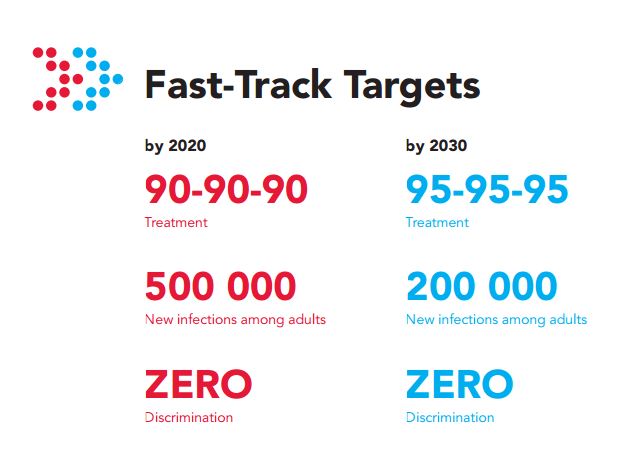