You are here: Home1 / What We Do2 / Campaigns and Events3 / GLOW RED for World AIDS Day

GLOW RED for World AIDS Day wants to shine a light on the impact of HIV-related stigma.

Our aim is to eliminate HIV-related stigma by 2030.

We can do it. But we need your help.

Landmark monuments and buildings around Ireland lit up in red today to mark World AIDS Day, 1st December. The initiative is being spearheaded by HIV Ireland as part of its Glow Red 4 World AIDS Day campaign. Over 50 buildings and monuments around Ireland agreed to light up in red as part of its campaign to shine a light on HIV-related stigma. Iconic landmarks include the fountain at Government Buildings, the US Embassy building at Ballsbridge, the Rock of Cashel, the Mansion House, Kilkenny Castle, the National Convention Centre and the Browne Doorway in Galway . They will be joined in supporting the initiative by a host of city and county council buildings, The Office of Public Works and by high profile companies including Google, Deloitte, EY, Arthur Cox, Indeed, State Street, PWC and Sky Ireland. 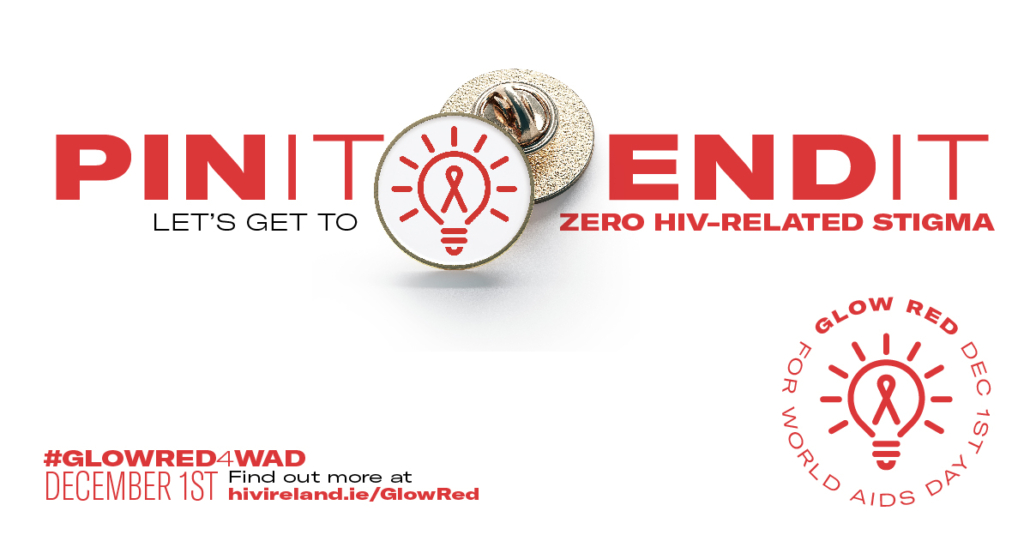 All proceeds from the sale of the pin will go towards our work to end HIV and HIV-related stigma.

Price: €9.99 including postage and packaging

Tag us on Twitter @HIVIreland with your pictures wearing the pin using the hashtag #GLOWRED4WAD.

All across Ireland buildings will light up RED beginning on the night of 30th November leading into World AIDS Day – 1st December.

Has your workplace signed up yet? View the list of buildings already signed up.

#GLOWRED4WAD to stand in solidarity with people living with HIV and show your support to end HIV-related stigma.

Take a picture of your building, tag us on Twitter @HIVIreland using the hashtag #GLOWRED4WAD and please donate to HIV Ireland. 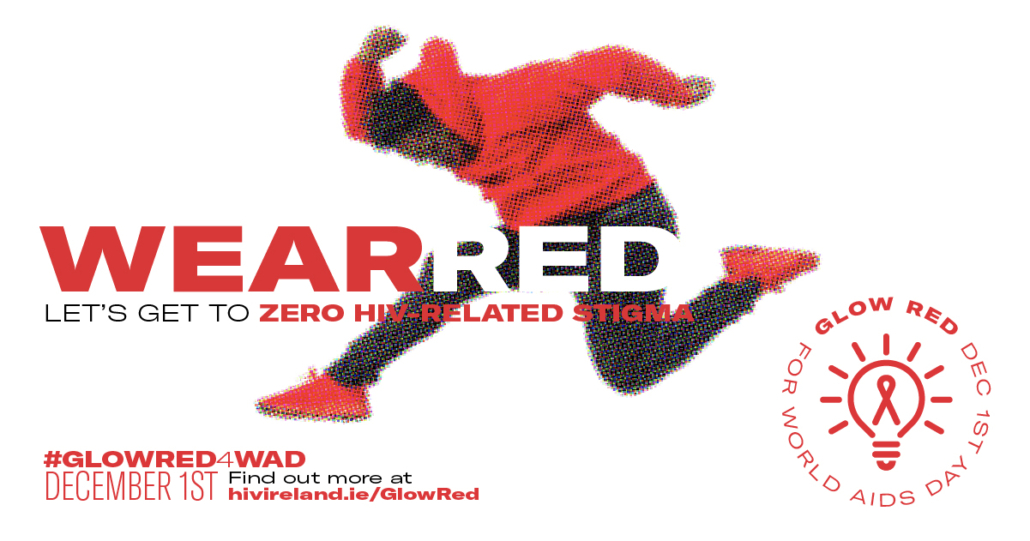 Everyone can GlOW RED on World AIDS Day. You can too.

Wear red and show your support to end HIV and HIV-related stigma.

Zip that hoodie. Button that shirt. Step it up. Tie it on. Turn it Out. Wear a ribbon. Whatever you do, GLOW RED for World AIDS Day, and please donate to HIV Ireland.

Tag us on Twitter @HIVIreland with your pictures wearing red using the hashtag #GLOWRED4WAD.

How does HIV-related stigma impact people living with and vulnerable to acquiring HIV?

People living with HIV often experience the consequences of stigma. Stigma arises from negative attitudes and beliefs, and it is rooted in fear, misconceptions, and moral judgments. It can lead to discrimination and exclusion. Stigma impacts people’s mental and emotional wellbeing and prevents them from accessing services or seeking opportunities. It also acts as a barrier to testing for people vulnerable to acquiring HIV.

Let’s get to zero HIV-related stigma.