Blog - Latest News
You are here: Home1 / HIV Ireland News2 / ‘When HIV hit Ireland it had the same devastation it did in San ...

Much has changed in the 30 years since HIV Ireland was established, but some of the same problems – like stigma – remain.

THIS YEAR MARKS the 30th anniversary of HIV Ireland. The organisation, which was previously known as the Dublin AIDS Alliance, offers support and information for people living with HIV and advocates on their behalf.

When it was established in 1987, living with HIV was a very different prospect than it is now.

“Back in the early days, it was really a case of how long do you have left to live,” Niall Mulligan, Executive Director of HIV Ireland, tells TheJournal.ie.

“30 years ago one of the biggest difficulties was people didn’t really understand or know much about HIV. There was no treatment so when the virus hit Ireland it had the same devastation as when it hit San Francisco and other places in the US. There was a real fear around it.”

Mulligan says this fear was “perpetuated” by certain scaremongering campaigns. The 1987 ‘AIDS: Monolith’ advert from the UK springs to mind in this regard:

Due to the lack of knowledge about the virus, Mulligan says many myths about transmission were believed.

“There was a real fear about people with HIV – some people thought you could catch HIV by hugging a person with the virus or by sharing a mug with them.”

Mulligan says this had a “huge effect”, particularly on the gay community, noting: “We’re still struggling with the legacy of that 30 years later.”

Being able to live a normal life

Mulligan says the most significant change to happen in Ireland in terms of HIV in the last 30 years was the introduction of treatment.

“That made a massive difference. People could suddenly have a degree of hope for the future. That was in the early 1990s.

If you contract HIV in Ireland today treatment is free. Once you access it and are compliant with your medication, your prospect in terms of lifespan is pretty much the same as anybody else. People with the virus can now have the same hopes that everyone has in terms of employment and family.

Mulligan says many people are unaware that HIV can become undetectable in people who take their medication consistently and correctly. When this occurs, they are no longer in a position to transmit the virus.

He says this is a “gamechanger” for people living with HIV, “many of whom have grown up surrounded by innuendo, where they were almost treated like ‘the unclean’”.

Of the new diagnoses last year, just over half (51%) were among men who have sex with men (MSM). According to the Health Protection Surveillance Centre (HPSC), this was the largest number of diagnoses ever reported in MSM, who remain the group most affected by HIV in this country. 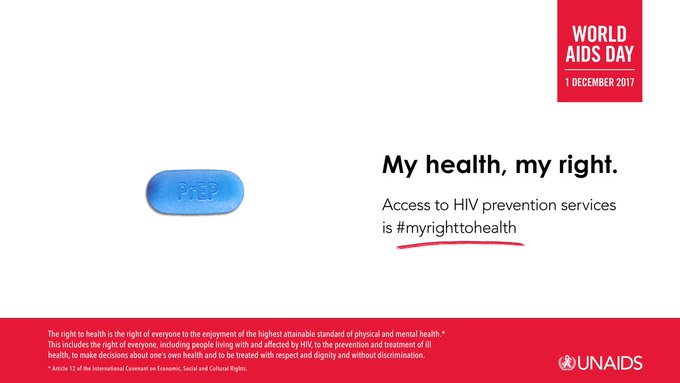 In its 2016 report into HIV in Ireland, the HSPC states: “Similar to what was seen overall, the proportion of MSM previously diagnosed HIV positive before arrival in Ireland has been increasing and was 42% in 2016 compared to 16% in 2012.

“The majority of these men (87%) were born abroad, with the highest number from Latin America. Similarly the numbers of new diagnoses in MSM not previously diagnosed abroad dropped by 14% in 2016 compared to 2015.

“Given these increasing proportions of cases new to Ireland who are already known to be HIV positive, it is essential to focus on early engagement in care and immediate initiation of antiretroviral therapy (ART) for clinical benefits, but also to prevent onward transmission.”

The report also notes that 28% of diagnoses in 2016 were among heterosexuals, with people born in sub-Saharan Africa accounting for 64% of heterosexual cases. There were 21 diagnoses among people who inject drugs – a decrease from the numbers in 2014 and 2015 when there was an outbreak of HIV in Dublin among homeless drug users.

We’re on track to top 500 diagnoses in Ireland again this year.

Mulligan says part of this increase is due to people being diagnosed sooner and people who are HIV positive moving to Ireland and having to be tested here in order to gain access to treatment. However, he said this doesn’t “explain away the really significant increase”.

Mulligan says stigma still prevents some people from getting tested earlier. He thinks a national dialogue about the condition needs to happen, saying we sometimes assume young people know more about the virus than they actually do.

A survey carried out by HIV Ireland earlier this year found that one in five 18 to 24-year-olds incorrectly thought HIV can be contracted through sharing a public toilet seat with someone who has the virus, compared to 10% of those over 24.

Mulligan wants to see HIV discussed as part of the sexual health education curriculum, noting the topic isn’t broached in many schools.

UNAIDS estimates that about 30% of the estimated 36.7 million people with HIV globally don’t know they have the virus (this figure is 15% in Europe). Mulligan says this presents a number of dangers, both in terms of these people’s personal health and the risk of them unwittingly passing the virus on.

As part of the survey, 168 people with HIV were also questioned. Of this group, 17% said they had felt suicidal in the last year.

Mulligan said that, while Ireland is “hugely advanced” in terms of the medication people can receive, “We’re lagging behind in terms of psycho-social support, especially for people who are recently diagnosed.”

Mulligan says stigma and fear of rejection are still huge issues for many people. In the survey, one in 10 people said they wouldn’t feel comfortable working with a colleague who was HIV positive.

One of the startling things is that we’re still dealing with some of the same issues we were dealing with back in ’80s, such as discrimination and stigma.

HIV Ireland offers free counselling to people living with the virus, a service Mulligan says is always over-subscribed. The organisation also offers free HIV and STI testing. The government has provided funding to the KnowHow Rapid Testing scheme, a HIV testing initiative in pubs and clubs in Ireland, as part of the National Sexual Health Strategy.

HIV Ireland is among those calling for Pre-Exposure Prophylaxis (PrEP), a once-daily medication that can significantly reduce the risk of infection among HIV-negative people at high risk, to be made more affordable here.

Truvada, a PrEP medication, is only available to buy on prescription at a price of over €400 a month in Ireland.

This morning, Taoiseach Leo Varadkar announced that a generic version of the medication will be available via prescription from Monday.

The cost of the drug, made by Teva Pharmaceuticals, will be in the region of €80 to €100 per month. However, it won’t be available to patients under the General Medical Service or Drug Payment Scheme.

The HSE is currently conducting an assessment, through the National Centre for Pharmacoeconomics (NCPE), of whether it would be cost-effective to reimburse PrEP.

Gilead Sciences, the manufacturer of Truvada, submitted a rapid review dossier to the HSE Corporate Pharmaceutical Unit in June 2017. The NCPE has requested a full pharmacoeconomic evaluation from Gilead and is awaiting its submission. 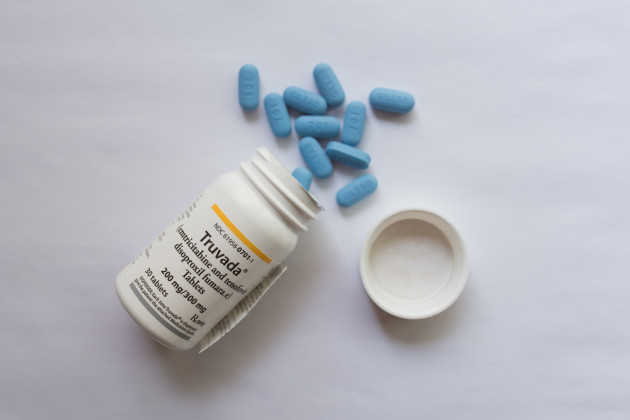 A spokesperson for the HSE told TheJournal.ie: “Development and implementation of guidance on the use of HIV medication for PrEP in Ireland is a priority action in the National Sexual Health Strategy. The HSE Sexual Health and Crisis Pregnancy Programme has responsibility for implementation of the strategy and has established a PrEP working group to work collaboratively on making recommendations in relation to PrEP in Ireland.

“The group has continued to work in 2017 on making recommendations in relation to PrEP in Ireland and developing the necessary guidance to inform implementation. This includes development of standards for delivery of PrEP care, drafting a clinical management protocol for PrEP and a monitoring and evaluation framework. Work is planned in the near future to assess the feasibility of implementing the PrEP standards within public STI clinics.

In the interim, practical guidance has been developed for healthcare providers and a patient information leaflet, to support people who are accessing PrEP themselves. A PrEP monitoring clinic is being piloted in the Gay Men’s Health Service (GMHS). People who are accessing PrEP themselves are strongly encouraged to attend for monitoring, either to their GP, their local sexual health service, or to the monitoring clinic in the GMHS.

After PrEP was made available in the UK the number of HIV diagnoses among MSM decreased significantly – by about 32% in the London area, for example. Mulligan says this decrease could be replicated here.

“There’s a sense from the HSE and the Department of Health that there is no opposition to PrEP in principle, it comes back down to money,” he states.

Mulligan says investing in PrEP now makes sense as it would mean not having to pay for lifelong HIV treatment for many people. He says the argument that making PrEP available to MSM will lead to them not using condoms doesn’t stand up.

“We always encourage people to use condoms. PrEP only protects against HIV, it doesn’t protect against other STIs (sexually transmitted infections).”

He adds that the argument is over-simplistic as there are many reasons people don’t use condoms, including being in an abusive relationship. “It’s never as simple as it’s sometimes portrayed,” he says.

Today is World AIDS Day, an international event aimed at raising awareness and remembering those who’ve died from the illness – which can develop when HIV is untreated.

An event to mark the day, and HIV Ireland’s 30th anniversary, is due to take place at Áras an Uachataráin this evening.

Mulligan says World AIDS Day is important as it means people won’t “forget the devastation that HIV caused and continues to cause, but certainly caused when it came on the scene back in the ’80s”. He says it’s also an “opportunity for people who have lived through that time to remember friends and colleagues who’ve died”.

“HIV hasn’t gone away in ireland and it certainly hasn’t gone away globally. There are issues in Ireland, but treatment is available and free here. That’s not the case in other parts of the world – many people cannot access treatment. It’s important that organisations around the world show solidarity with each other.”

This article first appeared in thejournal.ie on 1st December 2017.