You are here: Home1 / What We Do2 / Campaigns and Events3 / UequalsU 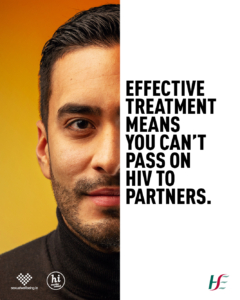 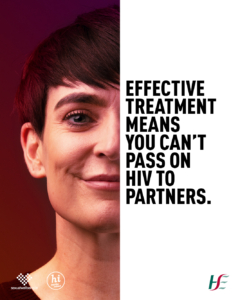 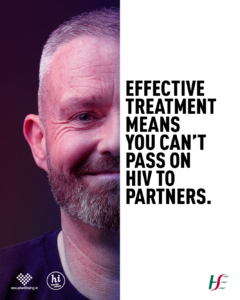 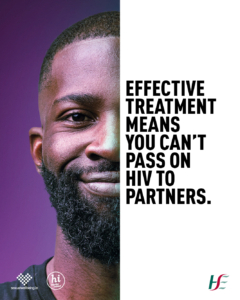 In January 2020, the HSE Sexual Health and Crisis Pregnancy Programme (SHCPP) launched a new campaign to address HIV-related stigma.  The campaign focuses on the fact that someone on effective HIV treatment cannot pass on HIV to sexual partners, and references the global U=U campaign:

The campaign was developed by the HSE SHCPP in consultation with a number of community groups and HIV & sexual health NGOs, including HIV Ireland.  Funding for the campaign was provided by the Department of Health as part of the HIV Fast-Track Cities initiative. One of the targets of this initiative is Zero HIV Stigma and Discrimination.

HIV cannot be passed on to sexual partners.

The campaign was advertised on public transport, in social venues and in college locations across the country, as well as on digital platforms.

Hard-copy posters: if you would like to display one or more of the campaign posters in your organisation, send us an email with your name, organisation name, postal address and the number of posters you would like, and we will send some out to you.  Email info@hivireland.ie

We welcome support with sharing the campaign messages on social media platforms.

Tag the HSE SHCPP and HIV Ireland social media accounts so that we can like your posts and re-tweet your content.